Arnie and the Hitchhiker (PG13 version) 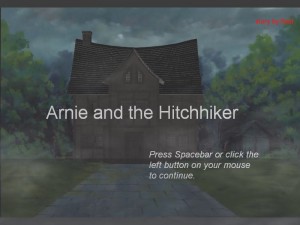 We first meet our main character, Arnie, as he’s in the middle of a date with his realdollgirlfriend Inola. 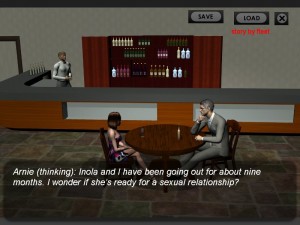 Arnie ponders about the great mysteries of life

Just as Arnie’s trying to figure out a way to bone her, she says they need to talk.

Our hero, ladies and gentlemen

Arnie tried to drown his sorrows with beer (why beer?). If we don’t stop him from drinking, he decides (on his own, no choices here) to drive home drunk and crashes into a tree. It takes him a whole week to recover from his high-speed head-on collision in a notoriously unsafe car. Bad End. 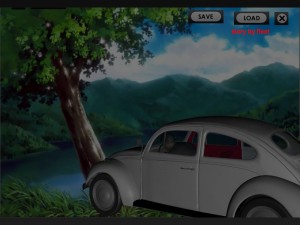 Oh no, I crashed my sweet ride into that 2-d tree!

Let’s not do that again. If we prevent Arnie from further drinking, he drives off sober-ish and gets lost in the middle of nowhere. He sees a woman in a dress walking through the dark forest and offers her a ride home. During the drive there, we get some deep, meaningful choices like "Should I ask her about her cute accent?" and "Should I compliment her on her great set of knockers?" (the VN won’t let you say yes to that one).

I’m gonna have to disagree with you here

Miss Marcella, are you trying to seduce me?
(I hope not)

We get some kitchen banter, Arnie wants his burger rare (protip: health risk) and starts drinking wine like there’s no tomorrow. Marcella lives out in the boonies due to stipulations in the trust fund she’s living on. Arnie doesn’t have a job either, he "worked hard for 30 years" and is now retired, living on his savings.

Since Arnie can’t drive after imbibing all that winy goodness, Marcella offers to let him stay the night. Before they go to their separate rooms, she asks Arnie to unzip her dress for her:

After he finishes sawing the dress off her, they kiss and Marcella asks if he wants to spend the night with her. I try to say no, but once again Arnie ignores the choice I selected ;_; — leading to this glorious image: 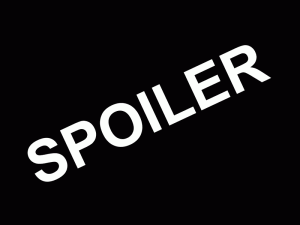 At least he’s getting a good workout

Fade to black and now for the big twist: Marcella is a vampire. Can’t recall ever seeing a portly vampire — who knew you could get fat from an all-blood diet. Her vampirism is instantly cured by Arnie’s twu wub and they marry six months later, the end. Wha-wha-wha?

The title screen has an animated fog effect which actually looks rather nice. The rest is kind of a mess, from the misaligned save/load buttons to the mis-sized backgrounds. The ugly red watermark that’s on everything is just the icing on the cake.

The character models are pretty meh. Arnie has the whole sex-offender mustache look going on, Inola just looks dead inside. Marcella can best be described as a middle-aged chunky short woman with plastic tits and a botched nose job. The backgrounds look like low-budget 90’s 3D with bad texturing and lighting.

The background music sounds like some 20-second clip looped over and over again. That’s because it is — there’s only one track over 20 seconds long (that one’s a whopping 42 seconds). The zipper sound effect would be more appropriate in hand saw simulator 2012.

This VN was made with Novelty which leads to some issues. It crashed multiple times, there are no settings (text speed or otherwise) and a text log function appears to be missing as well.

2 thoughts on “[review] Arnie and the Hitchhiker (PG13 version)”